Car Battery Won’t Hold A Charge: Why And What To Do? 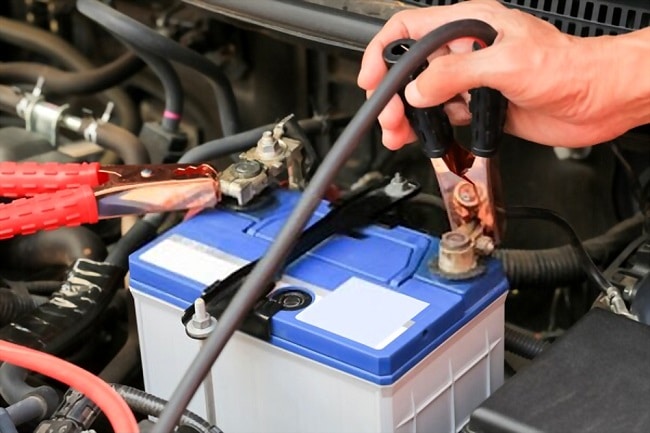 Your car battery is one of the key components in running your car. It is especially important when you go to start the car.

The battery provides all the electrical energy to run anything in your car that uses electricity. It runs the headlights, radio, and even the starter.

1. One of the most common reasons why your car battery didn’t hold a charge is because something got left on.

If your dome light comes on when you open your door, then it might have got left on during the night by the door not getting closed all the way.

Also, your headlights might have got left on draining the battery. You will learn how to figure out if this is the case later on in the article.

2. Another reason for your battery not holding a charge is that you might have a parasitic drain in your vehicle. A parasitic drain is when you have something wrong in your electrical system that puts a small draw on the battery.

If you drive your car normally, then the alternator probably charges the battery enough that you may not notice this drain. If your car sits for a few days however, then it may end up dead when you go to start it from the drain.

A parasitic drain could be going on for months before you are aware of it and tracking one down can be a major headache.

3. A third reason for your battery to not be holding a charge is a bad alternator or serpentine belt. The alternator is what charges the battery while you are driving.

It is like a small generator and takes some of the mechanical energy of the engine spinning and turns it into an electrical energy.

If the alternator is going bad, then it may not be converting as much energy to the battery. This will eventually lead to the battery wearing down and not holding a charge.

Also, if the belt connecting the c to the motor is loose, then the alternator may not be working at its full potential and this too will lead to the battery not getting recharged all the way while driving.

4. The last reason for a car battery not holding a charge is that it is old. As a car battery ages the cells can not hold as much energy. Most batteries have dates when they were bought and if it has been awhile then that could be a reason.

Also, dirty connectors on the terminals can cause the battery to not get charged all the way and lead to it dying.

First you need to make sure the battery didn’t just die from something getting left on. If that is why it died, then you shouldn’t need to do anything to your car after jumping it. It will recharge on its own.

If it is a parisitic drain, then you might not notice it again until the car has sit again. If this keeps happening, then you have to try to find the drain to stop it from happening. If that is not the reason, then you need to find the reason.

If the car battery is not holding a charge from a bad alternator or serpentine belt, then you need to replace that part. You can use a volt meter and battery tester to see if the alternator is charging the battery while the car is running.

You can try to recharge it with best battery maintainer, maybe it will help your battery keep alive.

Most auto shops such as Auto Zone will do this for you for free. If it is the alternator, then you now know the problem and know it needs replaced. If it isn’t then you can move on to other things.

One of the things you can do even if you don’t know the reason is clean all the connectors on the battery. This way you will know that they are making contact.

Also, if the battery has been drained multiple times, then you can put it on a slow charger and this will help it hold a charge better.

If your battery is old, then you have a few options of things you can do. Most people might not have the money to replace their battery whenever it gets old, and the battery is something you forget about until it doesn’t work.

If you have an old battery and can’t afford to replace it, then you can try recharging the cells. To do this you buy a kit and then remove the battery cover to expose the cells.

You add the liquid from the kit using the directions and then put the cover back on. This gives the battery more conductive juice to help it hold a charge again and last a little longer.

Recharging a battery though is only a temporary fix and recharged batteries don’t hold a charge as well as new ones.

There are a lot of reasons why car battery won’t hold a charge. It could be something as simple as something just getting left on one time killing the battery, or it could be that you have a small parasitic drain weakening the battery.

Also, it might be that the battery isn’t getting charged all the way due to a bad alternator. Lastly it might just be an old battery.

Depending on the reason that the battery isn’t holding a charge, you can do a few things. You can replace the battery if it is old or try recharging it.

Lastly, if the battery was drained just from lights getting left on, you shouldn’t have to do anything besides drive some after jumping the car.

1 thought on “Car Battery Won’t Hold A Charge: Why And What To Do?”