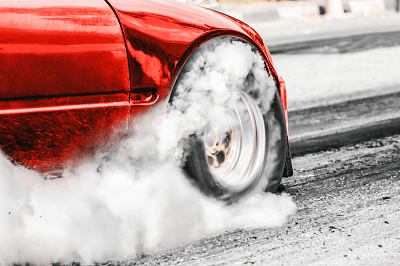 When does it happen?

Determining when the burning smell occurs is one effective method to determine why it is occurring. For instants, some burning smells happen when you first start the car, while other burning smells occur when you turn on certain components of your car or do certain things.

It is important to pay attention to when the burning smell starts because that can help you figure out why it is happening. With burning plastic smells a lot of times it will occur when you turn on your car’s heater or other electrical devices.

If the bad smell starts when you turn on the heater, then there is a good chance that the smell is coming from the heater. If you haven’t used the heater in a while, then the smell might just be dirt and dust burning off.

If that is the case, then it will go away after a little use. Once the dust and dirt have burned off, then the bad smell will stop. If the bad smell doesn’t stop though or if it occurs even when you have already been using your heater, then it is coming from something else.

One of the common other things with the heater that could be causing the smell is you might have gotten some plastic debris, such as a bag stuck in the heater system.

You should check under the hood, in the engine area, and up under your car to make sure that no plastic bags are stuck anywhere. A bag that is stuck could be melting as you drive.

There are a lot of plastic bags on the road, and it is easier than you might think to get one stuck up under your car. Outside of the burning smell that is annoying, it is important to get the bags removed as soon as possible because it can damage other parts of your car.

A plastic bag can get stuck in a fan or cause something to overheat, so if you smell burning plastic, then it is a good idea to check for bags.

Lastly, burning smells from the heater could be coming from a broken heater or another component near the heater. If you check for a plastic bag and don’t find it, but have a burning smell, then you need to take the car to a shop and have a thru inspection done. When come to shop, you should ask the shop using best battery tender for car storage to recharge your battery if it need.

For instance, you might have antifreeze leaking and it burning off smells like plastic. Also, a heater component could be melting, and this could smell like plastic too.

If you have a burning smell coming from the heater and you have clean it, then it is a good idea to have it checked out to make sure nothing serious is wrong.

If you have a burning plastic smell when you turn on something else besides the heater, then it is probably an electrical short. This happens when the plastic coating on wires, fuses, or other connections wear off or burn off.

The issue is with whatever system you turned on when the burning smell starts. For instance, if you start to use your power windows and the smell starts, then it is the window system that has the short.

The reason why these occur is that the electrical wires get hot when you use the components. This heat is hot enough to melt the wire coating sometimes, and this melting is the smell that you smell.

The wire coating is easier to melt as it gets older. This is especially true if the wire coating gets cracked or damaged. That is because the wires inside can be exposed to things that it is not supposed to and heat up easier or cause a spark.

The good thing is that if the burning smell is occurring from an electrical short, then all you have to do is replace those wires. The hardest part with electrical issues is tracking them down though.

That is why it is extremely important to pay attention to what you are doing when the bad smell starts. The better you are at paying attention to what system is causing the smell, the more money you will save on fixing it.

It can take a lot of time looking at the electrical system if you can’t give the mechanic an idea of what part of the car to start looking at to find the short.

Bad smells can come from your car for a variety of reasons, and there can be a variety of bad smells. After reading this though, you now know what causes bad burning plastic smells and how to fix them.

You know that if you have a burning plastic smell, it is very important to pay attention to what you turned on in your car when the smell started because that will make fixing it either.

A lot of times it will be your heater or another electrical component. If it was something besides the heater than it is a short in a wire and you just have to replace the wires.

If it was the heater however then it could be a few things. If could be dirt burning off or a plastic bag that is stuck. If the heater has been running for a while though and you have checked it for a plastic bag, then it might mean a bigger component is broke.

You will need a mechanic to look at it to make sure it isn’t leaking antifreeze or that a vent or the motor isn’t melted. A mechanic will find the problem if it is one of those things and you can have it fixed. The key is to stay on top of things if you have a burning plastic smell and don’t ignore it or things could get worse. 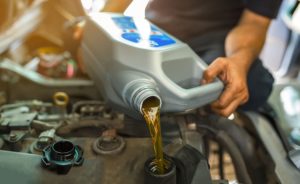 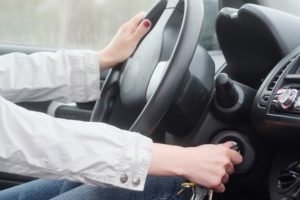 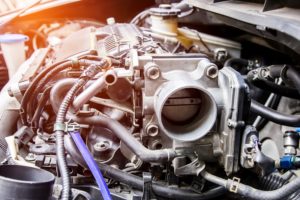 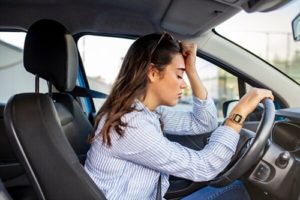 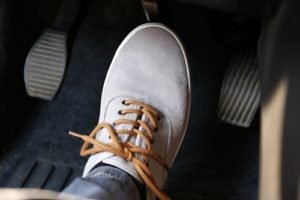