Causes For Low Compression In Car Engine And How To Fix? 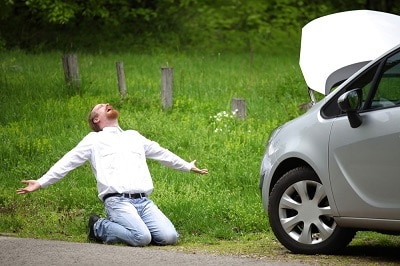 A car has many parts, and they all have to function right to make sure that it works and runs correctly.

One of the key parts of a car is the engine. If the engine is not functioning right, then the car will not work correctly or worse not start at all.

One of the causes of a car not running smoothly is low compression in the cylinders.

This article will look at the various causes of this issue and also some solutions. After reading this, you should be able to figure out if low compression in the cylinder is the reason your car isn’t running the best, and if it is some solutions to solve this problem.

The compression stage takes place in the cylinder of the engine. It is when the gas and air have mixed, and the piston rises to compress the gas into a tight mass before the spark plug fires causing small combustion which forces the piston back down and rotates the crankshaft sending power to the wheels.

This is a simple explanation but is good enough for you to understand what compression is and where it is at in the engine.

The key thing to know is compression occurs in the cylinder. If there is not enough compression then the fuel-air mixture may not ignite right or the force created may not be enough to move the piston correctly.

These are the most common things that lead to low compression, and we will take a deeper look into each one so you can know what to look for and why it causes low compression.

A worn piston is one of the most likely reasons for low compression.

The piston gets a lot of wear from the engine combusting because it is the part that is right by the miniature explosion every time the engine fires. This means over time and thousands of combustions later the piston could develop a hole or crack. If there are any gaps between the piston and the walls of the cylinder, then air and presser can get out leading to low compression.

To check to see if the piston has damage, you will have to remove it from the cylinder and inspect it. If it has any signs of wear on the edges or holes in it, then it will need to be replaced.

Replacing pistons is a labor-intensive process because you have to check each one and at a minimum, there is normally four, but bigger engines with more cylinders have more. Some devices can be used to test each cylinder to see if it is the one with low pressure which will help save you time.

Another common reason for low pressure is a leaky valve.

This occurs when a valve doesn’t shut all the way when it is supposed to.

For instance, it could be the valve that lets the air into the cylinder or the exhaust valve.

If you have a valve not closing all the way, then when the piston compresses the gas and air mixture, some of it is just escaping out of the opening.

All the cylinders have their valves, so you have a lot to check on them to when it comes to replacing them.

A leaky valve may also occur if the computer is not functioning right.

The valve itself may not be damaged, but the system could be telling the valve to open at the wrong time.

If you have checked or even replaced the valves, and you are still getting low pressure, and you think it is due to the valves, then you might need to check the computer or electrical system to make sure that it is operating right.

Another thing that can cause timing issues though besides the computer being messed up is a worn timing belt.

The timing belt is what connects to the crankshaft and camshaft and controls which pistons are up and which are down.

As the one pistons go down from the explosion, it spins, and the timing belt connects the gears to move the other pistons up. It also helps the car with knowing which valves should be open and closed at any given time.

If the gases cannot be released because the connection is broken, then that will cause low compression. A car can not run without the timing belt, so a broken one means the car would not run at all. A worn one though could cause it to be loose and not spin one of the shafts enough between firings leading to low compression.

Next, we will move onto low compression from damage to the head gasket.

The head gasket sits between the top and bottom half of the engine.

As the car gets older though damage can happen to the head gasket. It can warp or crack. This can lead to small amounts of airspace. If this airspace is near the top of the cylinder than it can lead to low compression like the other things on this list.

Any gaps in the cylinder where the air and gas mixture can escape out of are bad. You want your cylinders airtight, so if you have a damaged head gasket, then that could be your low compression cause.

The last thing we will talk about is bad piston rings. The piston ring is the end of the piston that connects the piston to the shaft that it is connected too. All the pistons are connected to a shaft, and as it spins, it brings a couple of the pistons up while lowering the others. They alternate order as the shaft moves around so in a four-cylinder engine two pistons are up and two are down at a time. If the piston rings are damaged or broke though, then the pistons may not be moving properly. This means that they may not be raised as high as they need to go. If they do not raise all the way, then the gas and air mixture is not getting compressed all the way causing low compression.

Some common signs for low compression are misfiring and sputtering. Rough idealing is also a sign of low compression. If you think you are having low compression issues in a cylinder, then you can have it tested to make sure which is the first step in fixing the problem.

Once you know low compression is an issue and have it narrowed down to which cylinder it is fixing it isn’t that hard.

You have to inspect each part of the cylinder.

Check the valves to make sure they are not damaged, check the piston and piston rings, and check the head gasket.

If it isn’t one of those things, then be sure to check the timing belt as well.

Once you have found the damaged part, it is a matter of replacing it. Since the engine is such a key part, then you should probably let mechanic figure things out and fix it for you, so you know the work is being done right.

Now you know the five main causes of low compression in an engine and how to fix it. You even know how to figure out if low compression is the reason your engine is not running right. Low compression is a pretty common issue, but not one that will be too hard to fix once you are inside the engine. It is time consuming to get to the parts you need to replace.

1 thought on “Causes For Low Compression In Car Engine And How To Fix?”