How To Replace ECM Computer?

Have you ever wondered how all the parts in your car always seem to work in the correct way that they need too? Well, you don’t have to worry anymore.

In this article, we will talk about the part that controls all the other parts of your vehicle, and that is the ECM computer or Electronic Control Module.

In this article, we are going to talk about how you replace one if it does stop working and signs to look out for to know if your ECM has gone bad. Read on to learn all you need to know about the ECM and how to replace it.

What is the ECM?

Before going into detail about how to replace the electronic control module, we will first briefly talk about what it is. The ECM is basically the brain of your computer.

It is responsible for taking all the information from the different sensors, processing that information, and then sending more information back out to the car so it runs right.

The ECM tells the engine how much gas to inject into the cylinder when to shift the transmission, and many other things. That is why it is critical to have a properly working one.

How to Know if Bad? 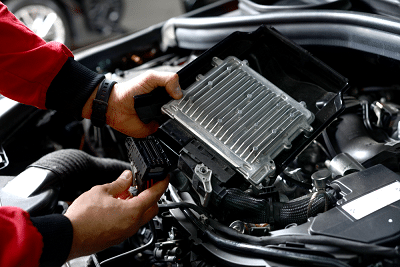 Most of the time the ECM will last the life of your car, but sometimes people do have them go bad before the car is done for.

Depending on the make and model of the car you can look up and see if it is a common issue for the ECM to go out because some vehicles are prone to this issue more than others.

If your car starts running sporadically though or if it stops running completely, then it might be the ECM that is bad. For cars that start running funny though you should check that all the other sensors are good first.

If the ECM does go out, you normally don’t have much warning because it is the part that is responsible for giving you warnings when things go wrong, so if you have checked everything or if your car just isn’t able to start one day, then you should have your ECM checked out.

Once you know, it is the ECM that is bad you have the choice to either try to repair it or replace it.

Most of the time it is a bigger hassle than it is worth to try to repair it because you have to open it up and the repairs can be complicated with all the electrical parts on the inside.

Repairing an ECM is like repairing a computer’s motherboard, so unless you know what you are doing or have someone that knows what they are doing and doesn’t charge a lot, you are better off with just replacing a bad ECM.

Another reason why it is normally better to just replace the electronic control module is that it is normally a pretty easy task. It really is only a few steps.

The main steps are locating the old one, disconnect it, and then plugging the new one it. It really is that simple, but we are going to go into more detail on each one shortly and the other minor steps you need to take before changing out your ECM.

Before finding where the ECM is in your car, it is normally a good idea to go ahead and pop the hood and disconnect the battery first.

It is important that you do this, so you don’t damage anything else when replacing your electronic control module, that is why it is recommended to just do it as the first thing, so you don’t forget to do it.

Once you have the battery disconnected, you can find the ECM. In most vehicles, the ECM is a silver box looking thing. You can look up your car and find what it looks like, or if you already have the replacement, then you know what it looks like because it will look like that. When checking your battery, i highly recommend you use top rated battery maintainer to recharge your. Battery need to maintain after long time running.

As for what part of the car your ECM is in can vary. Some cars have it under the hood in the engine bay area while other cars have it mounted under one of the seats in the cabin.

Some manufacturers even stick it up inside the car behind the panels on the inside. There are also a handful of other sensors that can look very similar to the ECM, so it is important that you are removing the right one.

If you don’t know where your particular vehicles ECM is, then the best thing you can do is look it up online or find a manual for your car. This way you don’t have to spend a bunch of time looking for it and can just get straight to finding it.

Once you find it the next step is to remove it. For most vehicles, this just means unplugging the cords and unbolting the ECM because in most cars it is bolted down to keep it from moving.

To unbolt it you will have to get a proper size socket wrench and remove the bolts before you can remove the ECM completely. Normally it is best to unplug the wires and then unbolt is, so the wires don’t get damaged if the ECM moves while loosening.

Sometimes the wires will also be bolted on, and if that is the case, you will need the proper size socket to remove them from the ECM.

It is important to be careful when removing the electronic computer module because you don’t want to damage any connectors, and wires or damage the bolts.

Once the old one is removed, you just have to hook the new one into the spot where the old one was. It is best to bolt the new one down first and tighten it into place. Then after it is in the proper position you can plug the wires into it.

This is again to help prevent damage to the wires. Once the new ECM is in you can put back any panels that you had to remove and then reconnect the battery.

If the ECM was the issue, then your car should start running properly again. Sometimes you will need to let the car run for five minutes or so, so the new ECM can run all the required checks on the system. 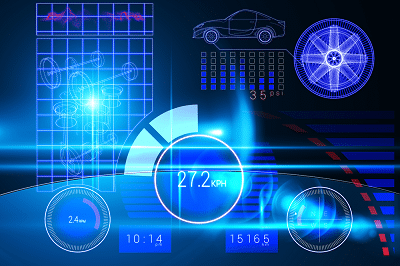 However, if the vehicle does not start running right, then the ECM might need to be calibrated. Sometimes you can buy them already calibrated, but sometimes you have to do this yourself.

It can be complicated calibrating the ECM, so if yours needs to be calibrated, then you might have to take your car to the manufacturer to have them make the adjustments needed to get your car running right.

Now you know how to change your electronic computer module. You know that it is pretty much as simple as locating the old one, disconnecting it, and then connecting the new one assuming it is already calibrated right.

You also know what the ECM actually does now and signs of a bad one, so the next time you have ECM problems you are prepared to take care of it and possibly replace the ECM on your own.

Torque Converter Failure Symptoms And What To Do

6 Things You Need To Know About Transmission Cooler