What Happens If You Overfill Engine Oil? 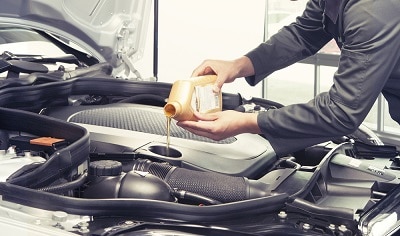 One of the common maintenance things that have to be done to your car is changing the oil and filter. This is because over time the oil in your car’s engine breaks down from the heat being generated and it doesn’t work as well the older it gets. Depending on the type of oil you use, the kind of vehicle you have, and the age of the car will determine how often you need to change your oil.

This article though doesn’t focus on how often to change your oil, but instead focuses on what happens to your engine if you overfill the oil.

Most car engines hold around 5 quarts of oil, but this can vary depending on the type of car you have.

The oil is in the car to lubricate the moving parts in the engine. The shafts and wheels move fast, a few thousand rotations a minute. This means a lot of heat is being produced. If you don’t have oil in your car, this heat can and will damage the engine.

Is their such a thing as too much oil though? The answer is yes there is, and as you read farther, you will learn the results of to much oil. That is why it is essential to make sure not to overfill your engine oil and also to check the dipstick after changing the oil.

Consequences of too Much Engine Oil. 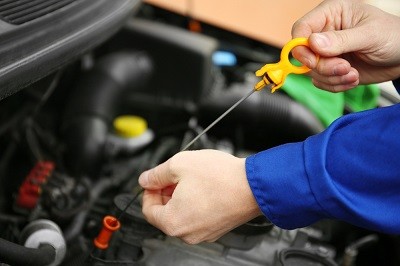 To much engine oil can lead to significant damage to your vehicle.

The first main thing that can happen with to much oil is it covers the parts too much. If the oil level is too high, then it will rise and reach the crankshaft. The crankshaft is the part of the car that does a lot of spinning.

As the crankshaft spins, it puts off the air. If the shaft is touching the oil, then the oil gets air in it. This aerated oil becomes to thin, and the oil pump can’t pump it. It becomes almost like a froth with all the air.

If the oil pump is not pumping the oil, then it is like driving without oil.

The effects of having no oil can happen if you overfill your oil.

Too much of a good thing can be bad, and this is especially true when it comes to your oil.

It is better to have it a little below the full line than to have to much oil and have it be in contact with the crankshaft.

Signs Of To Much Oil.

Outside of checking your dipstick or electronic oil level gauge, there are a few other symptoms that might indicate to much oil.

One of those is your oil pressure gauge acting funny.

If the pressure gauge keeps going up and down, then it is a good sign that there might be to much oil in the system.

This is because as air is being added it will drop the pressure and then when oil that hasn’t had air in it yet gets to the pump it will raise the pressure.

If you pay attention to the oil pressure, then you might be able to catch the problem before it damages your engine.

Another indicator that your oil might be overfilled is if you have thick white smoke fumes coming out of your exhaust.

This is especially the case if it is the summer when you usually don’t see your exhaust.

If your exhaust doesn’t seem reasonable and you have just changed your oil, then you should check and make sure that the right amount is in the engine by checking the dipstick after the engine is warmed up. 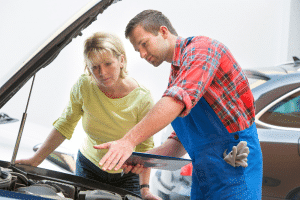 If you think your oil has been overfilled, then do not drive the vehicle anymore. This is because the more you drive it, the more likely the engine will run without oil getting into it.

If the oil is overfilled, then the more the crankshaft spins, the more air is getting to the oil and the less efficient the oil is. If you are in a safe spot, then you want to remove the excess oil.

The first and cleanest way to remove the excess oil is to use a siphon, a turkey baster works well, and use it to pull the extra oil out.

You can do this by removing the fill cap and sticking it down in there.

Pull the oil out by pulling the siphon or syringe up, and the oil will come.

Then deposit it into a bottle. This method might take a while depending on how overfilled it is. Once you have removed a quart or so, then you probably want to check the dipstick and see if it below the max line now. Keep doing this till it is.

The other way to reduce the oil level is to drain the oil out of the bottom by removing the drain plug.

To do this, you need to be able to get under the vehicle and also have the right socket to remove the plug.

A pan to catch the oil is also a good idea. Once all the oil is drained out, you can put the plug back and then refill the oil with the proper amount.

This method is best done in your driveway or at a shop.

Also, you want to make sure you have a big enough catch pan because if the oil is overfilled, then your regular pan might be too small and you don’t want oil going on the ground.

Changing your oil is an essential part of maintaining your vehicle. The oil is what keeps the engine alive and working right.

The lubrication prevents the heat from damaging the components, and the oil carries off any metal that does wear off from the metal moving parts. Having to much oil can be just as a bad thing as not having enough though.

If the oil is overfilled and the oil gets air in it from the crankshaft, then the oil pump won’t pump it, and it will be like you don’t have any oil at all.

That is why it is essential to make sure not to overfill your oil, and if you do remove the excess, so your engine does not get damaged.