What Is A Battery Maintainer? 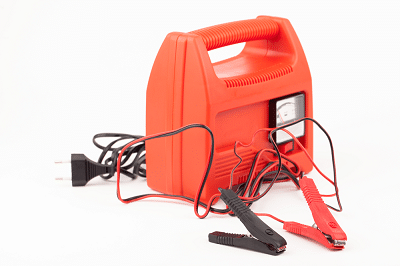 So there are many ways to charge a car battery and depending on the circumstance you are in one might work better than others. Most people know that once the car is running, the car will charge the battery itself with the alternator, but sometimes you can’t get the car started.

A common solution to this problem is jumping the car, but sometimes this won’t always work. If the battery is too low to jump or you don’t have another car around to use, then you need a different option.

What Does A Battery MaintainerDo?

The simple answer to what a battery maintainer does is it charges your cars battery. The way it does this is by converting an AC charge from a wall outlet, into a charge that your car battery can hold.

A battery maintainer is designed to fully charge and maintain most batteries in ways that avoid the potential damaging effects that can be caused by a trickle charger.

The advantage to a battery maintaineris that you don’t need to have jumper cables or another battery around to use it. As long as you have a wall outlet, then you can recharge your car battery. This is why it is great to have one at your garage or house.

Another advantage to the battery maintainer is it is programmed so it won’t over charge your battery. This is good because over charging a car battery can cause major damage to it. It can cause it to leak, get hot, and other issues.

The way the maintainer keeps from over charging the battery is it can tell how much charge is in the battery. It is preset to a specific amount and when the battery it is connected to gets to that amount it will stop charging. This means you can leave it hooked up in defiantly.

One use for best battery maintainer then is to hook it up to a car every night to keep the battery charged if you know that the car has a parasitic drain. This way your car won’t be dead and needing jumped every morning.

Also, car batteries loss charge over time just from sitting. This means if you have a car that you don’t drive often, then the battery might die. That isn’t a problem if you have a battery maintainer though.

Instead of having to drive the car once or twice a week that you leave sitting, you can just hook it up to the charger, and that will keep the battery ready to go when you do decide to drive that car.

How To Use Battery Maintainer

So, how do you use a battery maintainer? Well, it is really simple to hook one up. Most people can do it in ten minutes or less and the more you do it the better you get. For most vehicles, you don’t even have to remove the battery.

If you do decide to remove the batter though, then be sure to lift the battery out from the bottom and carry it by the bottom because using the top can damage the battery.

To connect it without removing the battery though, you just remove the two terminals from the car battery starting with the negative for safety. Also, you obviously want to have the car off.

Then, clamp the red positive clamp from the battery maintainer to the positive battery terminal. You want to make sure that the clamp is tight and won’t come off unless someone removes it. You then take the negative clamp, and clamp it to the engine block or frame.

This is to prevent damage to the battery. You can clamp it to the negative terminal on the battery, but it is better NOT too. The only thing is you want to make sure you clamp it to metal and not to hoses and things.

Next you can switch the amp switch, if your battery maintainer has one, and then plug it in to the wall. You might have to use an extension cord to get it to reach all the way to the wall.

Depending on how dead the battery was, it might take it a little bit to charge up. It is safe to leave it charge and go work on other things or come back in the morning. After a few hours when you come back the charging should be done and the light will be green.

Once the charging is done all you have to do is unplug the battery maintainer from the wall. You then have to disconnect it from the battery. After you have finished that you can reconnect the battery to the car.

The car will now start and is ready to drive. When reconnect the battery you want to make sure to use a wrench and have them tight. If the connection is not tight, it might cause it so the car will still not start.

Now you know what is a battery maintainer is and how to use one. They really are simple to use and can come in handy especially if you don’t drive your vehicle much. Also, you know that they are safe to uses and will not damage your cars battery.

A battery maintaineris a handy way to charge your cars battery and simple to use. All you do is connect it to the battery, plug it into the wall, and leave it till the battery is charged all the way.