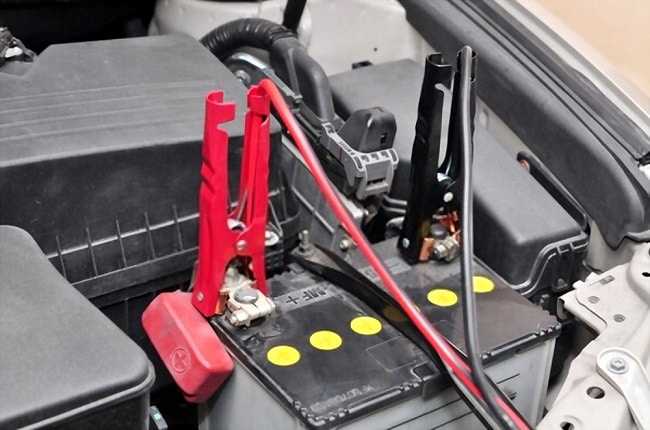 When your battery is dead in your car, mower, or other items that use an array you might want to charge it instead of buying a new one. This is because a lot of times when the power is low in a battery it can be restored, and the battery is not truly dead.

This is good because it saves you money from having to buy a new battery. However, what is the best way to restore the power to a battery? There are a few options on the market, and it is important to know the differences between these options.

The options we will look at in this article is regular battery chargers versus battery maintainer. After reading this article, you will know what each one does and when to use each one.

What is Battery Charger?

The pulse causes the sulfur that is built upon the plates in the battery to break off and return to the electrolyte inside the battery. This is how the charge is restored.

With a battery charger, you can set a specific amp amount, and that controls how much of a pulse goes into the battery. You want to make sure to use a proper amp that will not damage the battery.

It is generally better to charge slower, than faster because when you charge to fast it can cause heat to build up in the battery and this will damage it. If the battery burst, then it will be permanent damage.

Also, you want to make sure to know the kind of battery you are charging because some require specific types of battery chargers.

A special type of battery charger is a trickle charger. A trickle charger applies a small amount of voltage to a battery. This causes it to charge slowly and not to get too hot.

Also, the advantage of a trickle charger is that it reduces the chance of overcharging your battery. When charging a battery you want to make sure to charge it all the way or else the lifespan of the battery will be hurt, but you also don’t want to overcharge the battery because that will ruin the battery too.

Even though they reduce the risk of overcharging, it still isn’t good to use them for battery maintenance. If you want something for maintenance, then you should read farther.

A battery maintainer puts off a charge that is controlled. You can set an amount, and it will not charge a battery past that amount. This means that it won’t overcharge the battery.

Outside of this feature through the battery maintainer still does the same thing as a regular charger of converting power into a pulse that goes into a battery that breaks the sulfur off the plates.

When To Use Each One?

You can leave the battery hooked up to the maintainer, and whenever it drops below the set point, it will get topped back off. This will keep the battery from draining all the way and going bad. When a battery sets and isn’t used, then it loses charge, and this hurts the life of the battery.

A battery charger should be used when a battery is dead and just needs a fast charge, and you can keep an eye on it, so it doesn’t overcharge.

Depending on the battery and charger you can get a battery back to full strength in four hours or so and then it is ready to use again. This is good if you are going to be needing to use the battery soon.

A battery charger though should not be left hooked to a battery for long periods though because it will cause damage.

You also know that battery chargers provide a constant charge to a battery and are designed to restore a battery to full power, but not be left hooked to a battery.

This means a battery maintainer can be left hooked up forever and are good to used to keep a battery in working order during long periods of not being used. Now that you know the difference you should be able to determine what one you should use for your situation.