Best OBD2 Scanner App For Smartphone (For Android And iOS) 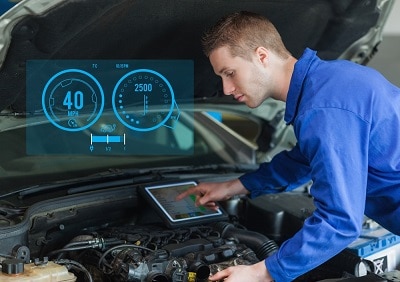 If you have a Bluetooth obd2 scanner, then you will need an app to use it with.

Finding the right app can get confusing though. This is because there are a lot available on the different phone app stores and some apps may not work with certain scanners.

The apps we are going to suggest in this article are ones that we have found to be the best apps and will work with most scanners. After reading this, you should have a good idea of which app is right for you.

What are the Great Obd2 Android App

First, we will look at a few apps for Android devices. These apps can be used with smartphones and also tablets that are running an android system.

There are a lot of Android apps in the play store, so filtering thru them to find the best can be time-consuming. That is why we have done the hard work for you. The apps we recommend are Torque Pro, HobDrive, and OBD Car Doctor Pro.

Starting out we will look at HobDrive.

It is a free app which is nice because it helps save you even more money, then having to buy an app.

This app does most everything that a more advanced app can do. It has continuous tracking, sensor indexes, engine diagnostics, performance tools, and a whole lot more. The controls for this app are easy to use, and the screen is laid out in a good way.

Some complaints about this app though come about with the resolution of the display. If you have a high-resolution phone, then this app may blur which can be frustrating.

Also, users complain about the Bluetooth connection, and it can be unstable at times. These things though aren’t too major, and this is especially true since it is a free app. The good things about this app out way the bad and it is a great app to start with to learn your new scanner before moving on to a more advanced app.

The next app we will look at is OBD Car Doctor Pro. They have a paid version and a free version.

The paid version is only a few dollars and has a lot more features than the free, but it is a good idea to start out with the free just to make sure it works with your scanner.

It should work with your scanner because it has good compatibility reputation, but doing a trial run with the free version is a good idea.

Also, by starting with the free version, you can make sure you like the display and the way it looks on your phone.

Some of the things that this app can do are real-time vehicle tracking and even chart drawing, it also does check engine light controls, and codes. It does a whole bunch of other things too that are more advanced, but it is easy to learn how to use this app.

One downside is to clean errors you have to do some step-by-step manipulation,  which can be time-consuming and frustrating. A few other complaints are that sometimes it has issues with blue tooth connection and it doesn’t always work the best with cheap adapters with staying connected.

That is why you should start with he free version. If you like this program though, then to upgrade to the paid version doesn’t cost much and it does pretty much anything you might want.

The last app we will look at is the go-to top of the line app. Torque Pro has great compatibility and connects well. It can do all kinds of things from check engine lights to voice alarms. It also can keep a history of the fault codes and can even check the transmission. It can even be used to share screenshots to social media, and it has modes for use at night.

The major downside with Torque Pro though is that it is expensive. The saying you get what you pay for is true though, and this app is worth every penny. The only other issue is that it has high battery consumption, which means your device might need to charge more. There is also a free version of this app as well called Torque Lite, but it doesn’t do near as much. Getting the free version is again a good way to see if you like how this app functions though and to make sure that it works with your car, scanner, and device.

What about OBD2 scanner for iOS ?

For iOS, your app choices for good apps are pretty limited compared to with Android. A lot of the iOS apps have connectivity issues or are not compatible with many models of scanners. Engine Link and EOBD Facile are a couple you can try if you want, but they have mixed results at best. The only real option for iOS or Apple users is OBD Auto Doctor.

The great app for Apple devices is OBD Auto Doctor, and luckily it is a really good app. This is good because most others for iOS are not.

This app will turn your phone into a full-on diagnostics tool. It can check codes and clear them. It can also send the codes to your email.

You can make sure your car will pass all the different emission test, and can do a whole lot more. It even supports built-in DTC databases.

The few downsides with this app are it doesn’t work with all adapters.

It is known to not work at all or work with very few adapters that are labeled ELM327 v2.1.

This means if you have an adapter of this type, then you will have to find another app. Also, the fuel consumption reports aren’ the most accurate, especially for diesel vehicles, but this isn’t too major of a problem for most people.

There is one other option when picking out an app to use with your best bluetooth OBD2 scanner. These options are apps that come with the devices themselves.

Some Bluetooth scanners have the apps that are specially designed to be used with them. The good thing about getting a scanner with its app is that you know it will work with the scanner that you have.

Also, by getting a scanner that is design for the reader it should connect well, and most of the time the apps that come with the scanners have all the features you will need and are normally more advanced than the free apps on the market.

Since iOS doesn’t have good app support, if you have an Apple product, then you might want to get a scanner that comes with an app that works with iOS to make sure you have a good app to use with your scanner.

If you still don’t know which to pick, then we can give you our recommendations.

For iOS that is easy, your only option is OBD Auto Doctor, unless you get a scanner that comes with an app.

For Android, the choice is a little harder, but our recommendation is Torque Pro if you are willing to spend the money or Hobdrive if you want to save some money. Torque Pro is worth every penny though, and you can try it out with Torque Lite before committing fully.

So after reading this, you have a good idea of the best OBD2 scanner apps for Android and iOS. We know that there are a lot of options out their, so that is why we want to make it easier by helping you learn your best options while saving time. The apps we have listed here are all reliable, and also don’t forget some scanners have their app, so you might want to look into that if yours has an app designed for it. The important thing with picking out an app is finding one that is reliable, works with your scanner, and is easy for you to use.